1991: Summer in West Berlin, one year after reunification

A young taxi driver casually experiments with a video camera – films and comments what is happening around him. Spontaneous, raw and authentic.

Helmut Kohl is the all-German federal chancellor and the West Berlin taxi driver is a stranger in his own city – which suddenly doubled in size!

With a contemporary interpretation filmmaker Steffen Holzkamp edited his material to an intriguing mix of road movie, historic document and making-of. Editing, music and research – the production becomes and integral part of the film.

A jump back to the turbulent Berlin shortly after the Wall came down. And a likeable, cranky taxi driver on a quest…

This film is available to watch online on yuzzi from 21 until 27 June, limited to 200 viewers only (in Germany). 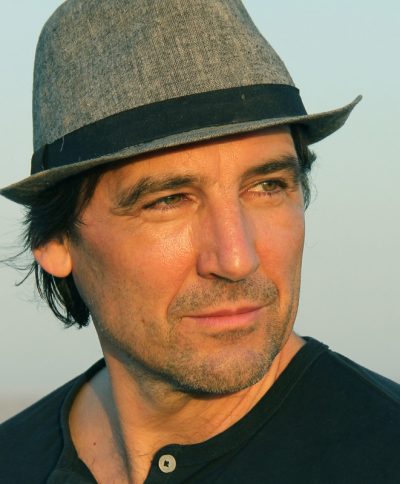 Born in West Berlin, he mingled as keyboarder in the colourful eighties Berlin music scene. Following jobs as camera assistant he started to work at the Deutsche Welle in the mid-nineties, specializing as television editor. Together with his wife, the Namibian-German artist Imke Rust, Holzkamp produces art videos inspired or based on land art installations and performances.