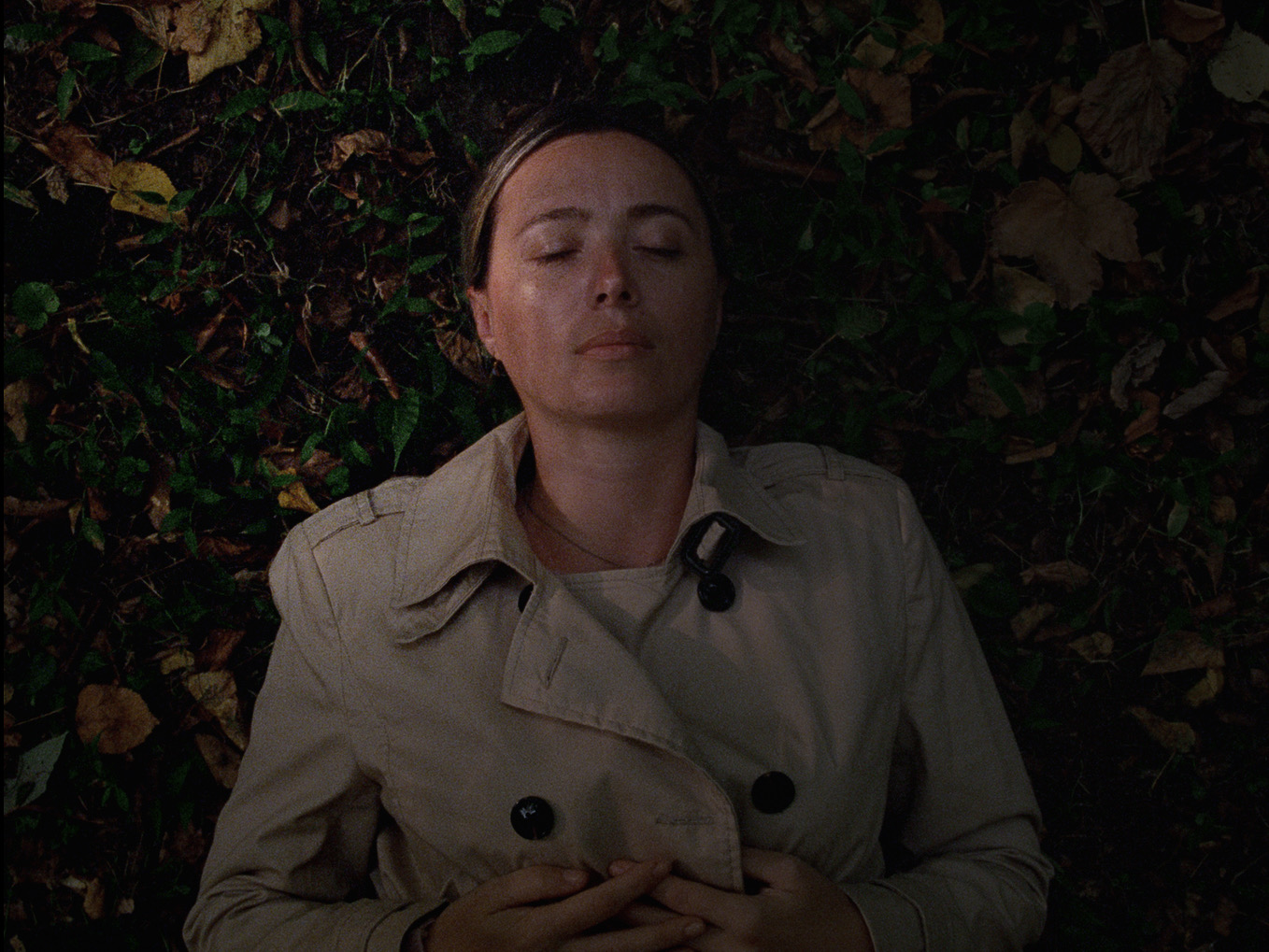 Yana’s crime and her tragic demise are loosely inspired by a true story. A mother who did the unthinkable. She never explained her reasons, didn’t justify her actions, as though her unspeakable crime was meant to happen. Over time, I found myself returning to this woman; she haunted my thoughts. I was unable to intellectually process her crime or emotionally grasp her condition. Yet, she was someone familiar, someone I could have known in the small, rural town I grew up in.

Our need to understand the unthinkable often propels us to create distance with those who commit these acts. We tend to think that those who deviate from the norm can only come from a different background. This immediate separation opens up the possibility of rationalization and pity. It permits us to try to understand, to judge and even sometimes to forgive. This woman, who only vaguely shares traits with the character of Yana, did not grant people that distancing process. She was familiar. She shared her background, social surroundings and upbringing with many. She was one of those young women who, as many generations of women before, accepted the given structure around them.

As the character of Yana developed, I knew that the film would tell her story; not the story of her crime, but of her daily life, her routine, her normality, as well as the differences and nuances in her mundane routine. In other words, everything preceding the crime. Yana became an autonomous fictional character. She does not bear any resemblance to anyone in particular and all the events described in the film are a product of my imagination.

Beginning is set in the small town of Lagodekhi that lies at the bottom of Caucasus range, situated on the border with Azerbaijan. Life in the region is stern, and the expression of spirituality tends to manifest itself through religious dogma. 84% of the Georgian population is of Orthodox Christian faith, a powerful institution strongly associated with the Georgian identity but also with the state. Other religious denominations, such as Jehovah’s Witnesses, are viewed as second class. Yana and her family’s conversion to the Jehovah’s Witness faith isolated them from the world, and, moreover, subjected Yana to a subordinate role in her home.

I wondered, what were Yana’s dreams, if she had any? What did she give up when she decided to commit to a marriage with the leader of a religious group? We find Yana facing both a marital and existential crisis. Her story is that of a woman whose self-identity was never realized. She believes she has everything necessary to be a fulfilled woman, a family, a loving husband and a child. But is Yana’s natural ability to be a mother really enough to sustain her commitment to the role assigned to her? 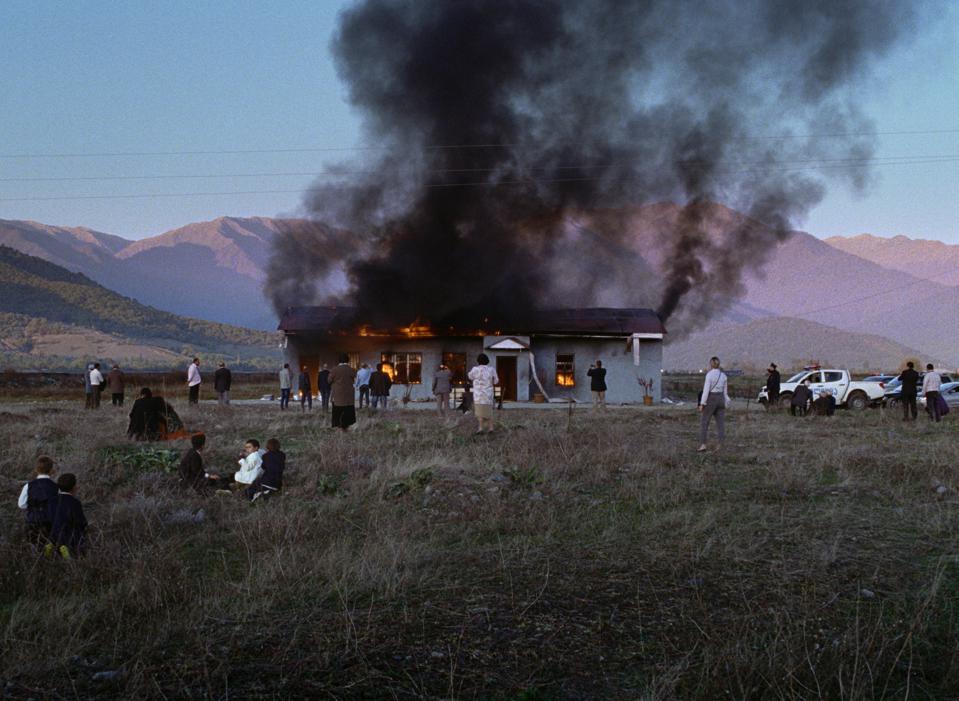 Yana does not know how to emancipate herself. The very idea of questioning her allotted role terrifies her. Yana feels guilty for her desires; she punishes herself for wanting something she is afraid to name. She turns her relationship with the detective, Alex, into her punishment. The feeling of utter disgrace allows Yana to feel alive. Yet, in her search for herself, she becomes terrified of what she finds. Beginning is a woman’s journey to accept herself, despite the infinite abyss she faces.

Yana’s state of psychosis is a collective condition that she experiences acutely. She and David both try to make sense of their lives. They both struggle to come to terms with the choices they have made. They both exist within the constraints of the society they live in, trying to fit into the roles they have chosen to play.

Alex enters the film as an enigma, and he leaves as if he had never been there. He personifies the law, the oppressive nature of the state. All of the characters – Yana, David, George – encounter Alex, but none of them can apprehend or confront him. For Yana, the relationship with Alex is a means of self-flagellation.

While I do examine religious conflict and intolerance towards others, I specifically want to scrutinize the interior life of a woman who, by her society’s definition, is demoted to a secondary character: the wife of a religious leader. I firmly believe that in a so-called traditional narrative Yana would be relegated to a supporting character. I was interested in examining her mundane reality, her boredom. The details of Yana’s daily life, small and insignificant at first glance, became fascinating to me: the detour she takes to return home, the way she does her nails, her impulse to wonder around a house at night when she’s scared…

Yana’s world is limited to the confines of her house. She is left out of the decision-making process about the present and the future. However, the interior of the house is her domain. This is where most of the film unfolds. Alex intrudes into Yana’s peaceful existence, abuses and corrupts her. With Alex’s intrusion, the house is no longer the secluded place where Yana feels at ease. She can no longer be a bystander in the game between her husband and Alex: she is forced to participate. The fabric of the film resembles the Fall from Paradise, the fall from grace. Eve recognized the limits of Paradise and took a step into

the unknown. Yana does the same thing. She transgresses the limits, stepping beyond the biological circle of her life.

As Yana’s paranoia grows, the line between real and imaginary gets blurred. The sense of reality – comforting and assuring – dissipates. I want audiences to face this unsettling condition where experiences cannot be simply classified as true or false. Beginning is a film where characters hit a point of no return but move forward anyway. On multiple occasions, the characters should take a step back to question their actions, their lives, and try to make sense of them – but they don’t.

The force that leads them forward may be bigger than them, or perhaps they simply
have no control over their own lives. Yet they feel and know they’re heading towards a catastrophe. Yana’s reality, tangible and clear, is haunted by the intangible sense of dread. She can no longer fit into the limits of this reality. She needs to recognize the nature of the dread she experiences. She faces it and accepts herself, challenging willingly the very possibility of a peaceful family. 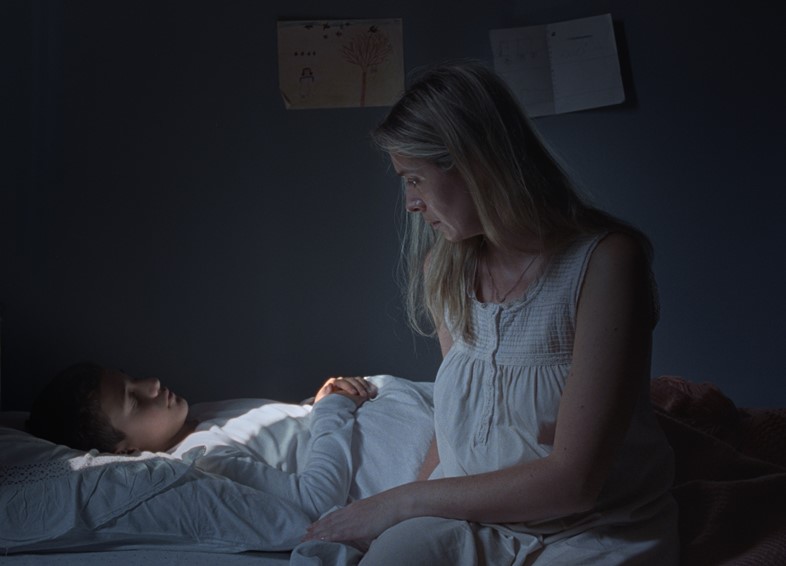 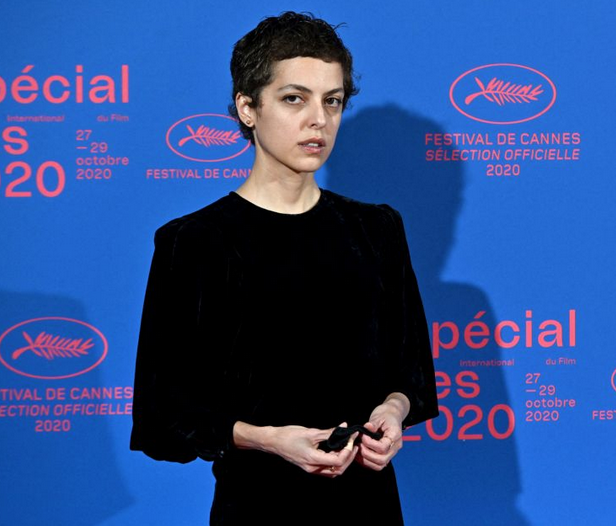